Do You Need to Be a Famous Teen Model to Work for Big Brands? 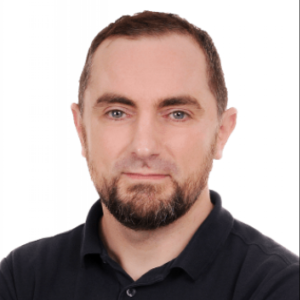 Do You Need to Be a Famous Teen Model to Work for Big Brands?

So your child has just entered the world of teen modelling, and the excitement at home is at fever pitch. You’ve signed up with a talent agency, taken them along to a few auditions, and they even landed their first job!

Now your teenager has big ambitions and wants to work with their favourite brands. Brands like Nike, McDonald’s, and maybe even David Jones (they’re getting older now). But you’re not so sure that a teen model with one or two local gigs to their name can even audition for shoots with major brands. And now you’re worried about how they will handle the rejection because surely all the top jobs go to the most famous and established teen models, right?

Well, yes it’s true that sometimes a famous model might get a head start on less experienced models due to who they know (more on that later), but this isn’t always the case.

The thing is that while there are some companies that opt for established models, there are just as many (if not more) that prefer to have a new and unknown model for their advertising campaign. Perhaps Nike doesn’t want the face of their teen activewear campaign to be the same teen model that was on McDonald’s posters everywhere just last year.

So you see, once your child has been put forward for an audition with a big name brand, they walk through that studio door with exactly the same chance as everyone else. The only problem now is getting their photos in front of the people that call the shots. And that’s where your talent agency comes in and that ‘who you know’ topic we mentioned earlier.

And when they put your child forward for an audition, their reputation as a solid agency will work in your favour giving your teen something of an ‘in’ with those marketing folks.

But like we’ve said before (and our managing director Adam loves to remind us of this) your child’s chance of success depends on a lot of factors. But first and foremost is attitude or to be more precise, the right attitude.

We discussed how important a parent with the right mindset is when it comes to baby modelling, but with teen modelling, it’s a little different. Now that your child is a teenager, photographers and directors will expect a much higher level of professionalism. No more pouting when unhappy, telling the photographer they’re tired, or bottomless bags of gummy bears to keep them on track.

And this is doubly true when auditioning for major brands. You have to remember that these brands will have hundreds if not thousands of teen models to choose from and so it’s absolutely essential that your teenager is easy to direct and follows instructions without hesitation.

Of course, this is no guarantee that they will land the job but being approachable and easy to work with will give them an advantage, and any advantage is a good one.

If your teen is intent on auditioning for work with major brands, they will undoubtedly face some rejection. Now, we all know that being a teenager can be a bit of an emotional roller coaster at times (we’ve all been there, right?) so it’s vital to prepare them for any possible rejection and to be ready to offer support if and when they need it.

As a parent, it’s also extremely important that you remind them that they should never take rejection too personally. Perhaps their style just didn’t fit the brand’s campaign, and that’s fine because there’s always another audition around the corner.

So can your teen model for a big brand?

We don’t see why not.

With the right attitude and loving support from you, your teenager is capable of anything. Now all they need is the right agency… and we wonder who that might be?

We weren’t going to say anything but seeing as we’re on the subject … oh, who are we trying to kid? It’s time for some unabashed self-promotion!

Remember we mentioned those big brands like Nike, McDonald’s, and David Jones? Well, those are just a few of the major brands that Bubblegum Casting has worked alongside.

And when it comes to prepping teen models for big-time roles and shoots, we’re not going to be modest about it; we’re on the ball.

We’ll coach your teen, so they know the kind of things that photographers and casting directors are on the lookout for. We’ll even bring them into our studio and give them a taste of life in front of the camera as we take some shots for their portfolio.

An agency with great connections and a professionally shot portfolio? You can’t ask for much more than that. So what are you waiting for?

Apply now and if all goes well, we’ll set your child on the right path to becoming a successful teen model.

Whether your child is a seasoned actor or entirely new to the scene, you (and they) don’t likely need to be reminded that acting is …

How to Become a Child Actor With No Experience

From Macaulay Culkin way back in the day to Millie Bobby Brown, every successful child actor you can name started out with no experience at …

How to Make a Portfolio for Acting

If you’re new to the world of child acting and have been reading up on how to get started in the industry, the chances are …

Home / Do You Need to Be a Famous Teen Model to Work for Big Brands?
© Bubblegum Casting. All Rights Reserved
Privacy Policy