How To Build Up Your Child’s Confidence 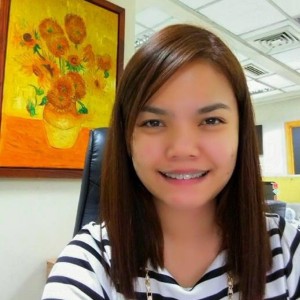 Whether it’s acting on camera or walking down the runway, kids who make it in the entertainment industry have one thing in common—they have confidence in their own abilities.

But, believe it or not, that doesn’t necessarily mean that a shy child can’t make it in the industry. In fact, many of the world’s most successful actors and models have gone on record to say that they were incredibly shy and lacked confidence when at school. People like Zendaya, Steve Carrell, Megan Fox and even Tyra Banks were shy kids that needed to work on their confidence before earning their big break.

The truth is that a huge percentage of children are naturally shy and perhaps lack a little confidence when they first decide to try their hand at kids modelling or acting.

And this is perfectly normal. After all, don’t we adults often feel the same when asked to move out of our comfort zones?

Thankfully, this is where parents and guardians are so important and can help in a very big way.

Show that you are confident in their abilities

This makes a lot of sense when you think about it. The very best way to instill confidence in a child no matter what task they are about to undertake is to show that we have complete faith in their abilities.

This means that when they go for an audition, you must tell them that you think they can do it. Sure, they may not land the role, but you certainly have faith that they will have as good a chance as anyone else.

However, it’s also important to be realistic about certain opportunities. Yes, your child must have confidence to succeed, but they must also understand that there are some things that they may not be ready for just yet.

For example, if a kids casting call requires a child to be an accomplished dancer, this likely means that they’ll need to have studied dance. So even if your child has confidence in their moves, you may want to rein in those expectations just a little.

Encourage them to practice

They say that practice makes perfect, but perfection isn’t what we’re after here.

What we want to do is instill a sense of confidence in your child that they can do what is required of them in the industry. They might practice their poses in front of a mirror or act out their favourite scene from a movie—whatever it is, encourage them to do it and to have fun while doing so.

Like we said, we’re not looking for perfection here but familiarity which will in turn help your child feel more confident. In other words, you’re bringing the world of child acting or kids modelling into their comfort zone.

Treat mistakes as part of the learning process

In the entertainment industry mistakes happen all the time, especially in the audition process.

This means that your child, no matter how skilled, will make a few from time to time.

Perhaps you’ve practised a line at home a gazillion times only for them to get it wrong in the audition.

Or maybe they’re walking down the runway and turn the wrong way for no apparent reason.

Whatever it is, just make it part of the learning process. Ask your child or teen what happened and if there’s anything they could do to improve their performance the next time around. Handling it in this way not only teaches your child that mistakes are fine but gives them the confidence to own their mistakes so they can make sure that they don’t happen again.

And if they’re not handling it too well themselves, just show them a blooper reel from a movie—big actors and even cartoons characters are always messing things up too.

The last thing you want to do is set unrealistic goals like becoming the next big thing in kids modelling by the end of the year or landing a speaking role in a movie within 18 months. Unrealistic goals like these are setting your child up for failure because there is simply no way that you can ensure they hit those goals no matter how talented they are.

What we have in mind here are simple goals that your child has control over. Things like completing some acting or modelling classes. Not only will these smaller goals help your child’s chances of succeeding in the long-term but they will help build their confidence as they hit those milestones.

And this leads us to our next tip.

Give praise for genuine effort

We’ve been in the industry for a very long time and trust us when we say that nothing and we mean nothing beats the praise of a parent. When a child knows that their parent or guardian is proud of their efforts… well, let’s just say the word happy doesn’t even begin to cover how they feel.

So, when they make a genuine effort to hit those goals you’ve set, give them the praise and credit that they deserve.

This is particularly important when it comes to audition time because this is when their confidence may start to waver. Even if they don’t land the role (and more often than not, they won’t) you need to praise them for their efforts. Let them know that regardless of the outcome, if they gave it their best shot, then you are proud of them.

Let your child be themselves

Sometimes kids just need to be kids and to have fun with what they’re doing. Yes, the entertainment industry is a serious business and when the camera is on, your child needs to be a professional. But that doesn’t mean they can’t be themselves and have a little fun while they’re at it.

Remember, no one wants your child to change who they are because it’s their personality that makes them so special. More than anything else, showing a child that they can achieve great things by being themselves is perhaps the best way to help them build their confidence.

Whether your child is a seasoned actor or entirely new to the scene, you (and they) don’t likely need to be reminded that acting is …

How to Become a Child Actor With No Experience

From Macaulay Culkin way back in the day to Millie Bobby Brown, every successful child actor you can name started out with no experience at …

How to Make a Portfolio for Acting

If you’re new to the world of child acting and have been reading up on how to get started in the industry, the chances are …